One of the newest bike rides in New Zealand will get you up close with this taonga – the Te Awa Great New Zealand River Ride stretches from Ngāruawāhia to Lake Karāpiro.

The 65km trail is expected to fully open in the second half of this year, but most of the track has been completed, offering some spectacular day trips that you can do now.

And best of all, this cycleway is perfect for families and beginners. It’s grade 2, meaning it’s mostly flat with gentle climbs. An e-bike can help if you’re doing big distances, but isn’t essential. Heavy rain is forecast to start falling in Northland on Tuesday morning as the remnants of Tropical Cyclone Fili head towards New Zealand.

MetService is also warning of heavy rain elsewhere, as Fili tracks close to, or across, eastern parts of the North Island Tuesday and Wednesday.

MetService meteorologist Lewis Ferris said most parts of the North Island would feel some impact from Fili on Tuesday and Wednesday, coastal conditions could be dangerous on the east of the North Island, and Tairāwhiti could be in line for more heavy rain just three weeks after massive flooding.

Although Fili was no longer a tropical cyclone, as a deep low pressure system, it still posed a big risk. “Around that, we’re going to have very strong winds, the potential for very heavy rain, with some isolated downpours,” Ferris said.

END_OF_DOCUMENT_TOKEN_TO_BE_REPLACED

The North Island can expect a pre-Easter battering from the remnants of ex-tropical Cyclone Fili.

But despite strong wind warnings and heavy rain watches in place, the worst should be gone for the long weekend.

In what Metservice is predicting as an exclusively North Island event, there are strong wind and rain watches or warnings in place from Northland down to Wellington.

Cyclone Fili is approaching New Zealand from the northwest and expected to land on Tuesday.
It has been slow-moving just south of New Caledonia for the last couple of days. However, it is going to deepen and accelerate towards New Zealand later Monday.

Metservice meteorologist David Miller said there is potential for Cyclone Fili to cause some damage.

END_OF_DOCUMENT_TOKEN_TO_BE_REPLACED

The Antidote: One of Five happy things to read about today, January 24

We live in unusual times. It all gets a bit much some days. So we’re bringing you a much-needed dose of positivity to remind you that there’s inspiration, kindness and quirkiness out there too. 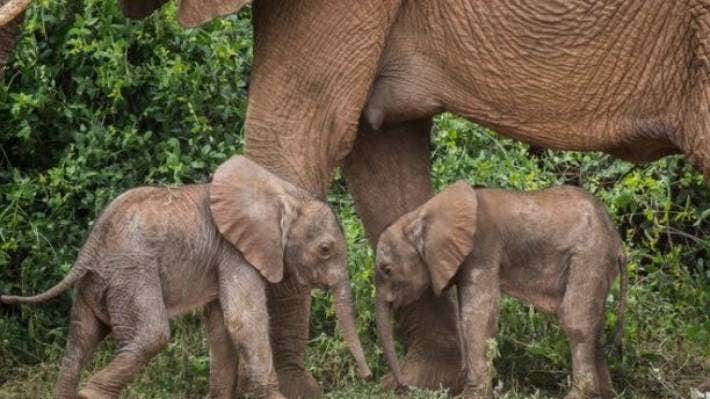 Twin baby elephants have been born this week in a rare event at a national reserve in northern Kenya.

The male and female were first spotted by tour guides out on safari at the Samburu reserve at the weekend.

They are only the second set of twin calves ever to have been encountered by local conservation charity Save the Elephants.

The charity said elephant twins account for only 1 per cent of elephant births, with the last known case recorded in 2006.

African elephants have the longest gestation period of any mammal. They carry their young for nearly 22 months, and give birth around every four years.

Locations of interest are linked to public exposure events. We will not always publish casual contact events for regions that are at Red. We will publish close contact events for all regions. Follow the health instructions if you were at a location on the same date and time shown.

Not all exposure events will become locations of interest if health officials can identify everyone who may have been exposed (for example, a flight, a hairdresser with booked appointments, a private social event). These are considered private exposure events and you will be contacted by a district health board, the Ministry of Health or a district health board public health unit. Please follow their advice.

Waka Kotahi NZ Transport Agency is advising that State Highway 51 near Marine Parade is closed due to a serious crash.

Waka Kotahi NZ Transport Agency is advising that State Highway 51 near Marine Parade is closed due to a serious crash.

Winter driving conditions overnight and tomorrow morning on the Napier-Taupo Road, as snow showers may affect the summit of the road during Tuesday morning, with up to 1cm of snow forecast to settle near the summit during this time.
END_OF_DOCUMENT_TOKEN_TO_BE_REPLACED

Te Puawaitanga – Green Communities Together funding opens on 1 July 2020. A total of $200,000 is available for distribution and grants may range from $500 to over $5,000.
END_OF_DOCUMENT_TOKEN_TO_BE_REPLACED

It’s International Biodiversity Day today! Your small and big actions really count to protecting our taonga biodiversity in our backyards. Why not try some of these:
END_OF_DOCUMENT_TOKEN_TO_BE_REPLACED

The Community ALERTS Directory appears as a banner on electronic emails and notices circulated by schools using the School-links communication platform.

The Community ALERTS Directory appears as a banner on electronic emails and notices circulated by schools using the School-links communication platform.